Over the years, besides working hard, going on adventures and giving life the very best fight, I have read some really nicely penned literature and beautifully told stories. Here are 5 impactful books I have read:

1. The Purpose Driven Life: What On Earth Am I Here For? by Rick Warren

I was a 20-something year old, naïve and somewhat ambitious girl fresh out of University and looking at the big bad world, wondering which road to take. My father, one day asks me to read this book and provide a short synopsis to him with plans on how I was going to use the lessons therein to forge a life ahead.
This book writer’s intention is for the reader to realise that they are on earth for a reason and have a purpose to fulfil. As you run through the book’s nicely elaborated 6 sections, you will only realise that your life is not entirely about you but about the reason you exist and that you need to intentionally determine what that reason is. The desire and quest for personal satisfaction, for true meaning and for fulfilment will be found in realising, understanding and doing what God has placed you here on Earth to do. This book opened my eyes on what my purpose was and since then, I have been on an intentional journey of fulfilling this.

2. The Monk Who Sold His Ferrari; A Fable About Fulfilling Your Dreams And Reaching Your Destiny by Robin Sharma

This book takes the reader on Robin Sharma’s personal transformation played out by a fictitious character Julian Mantle. Julian, was wealthy and had everything one would ever wish for; a flourishing career, the dream house, the car to die for; name it – he had it! However, with all this, the young flourishing Lawyer’s life is out of balance. He is unhappy and out of shape and something is missing amidst the notion that he has everything. He takes a bold decision, sells his stuff and moves to the Himalayas on a spiritual journey as a monk living and abiding to the ancient Sage culture.
Through all this he confronts and slays his demons. He comes back a well-balanced, more focussed and enriched person; with grande lessons that are the gist of this book. These lessons focus on: learning to tame thoughts and framing them to positive thoughts; being a respecter of time and using it wisely; practising daily acts of kindness however small they may be; never sacrificing happiness for achievements; and the constant intentional self examination to ascertain whether one is on track with their life goals.
I suffered burn out recently and this has been my guide to getting my energy back.

Having worked for over 15 years and somehow not being able to quantify what my net worth was versus the amount of energy I had put into working extremely hard, I decided to talk a financial literacy journey. I was raised by a strict Accountant that taught us how to work hard and save pennies for a rainy day; I just didn’t know the mechanics behind growing and multiplying these pennies.
My first encounter with SFFG was during a NSSF Financial Literacy class and this book was recommended. I must say, my finances have this book to thank.
Pastor Moze (as we call him) enlightens the reader on the basics of getting money, keeping it and growing it. He ices this up by emphasizing the importance of: i) acquiring financial knowledge (through reading, attending courses and masterminds, mentorships etc) and ii) living generously; both having the ability to unlock the poverty and scarcity mindset.
I was drawn to this book because Moze used typical Ugandan experiences and his very own and also, the fact the he diverts away from the famed prosperity gospel that has hoodwinked some Ugandans. Moze is literally teaching the reader how to catch their very own fish.
He has taken this piece of Literature a notch higher and created SFFG Master minds. These are an 8 week journey of practically experiencing and implementing the principles highlighted in the book.

4. King Leopold’s Ghosts: A Story Of Greed, Terror and Heroism In Colonial Africa by Adam Hochschild

This book was given to me by a dear Belgian friend when I visited his lovely family in Munich, Germany. We were having a long deep discussion about the mess that was and still is colonialism. I had posed a question to him as to why there were many Congolese living in Belgium and looked like they run a small economy in the country and had some neighbourhoods with names like “Matonge”. I had walked around Brussels and Antwerp and other small Belgian towns and King Leopold’s statues were placed all-over the place. He walked over to his shelf, picked this book, handed it to me and pointed out to me how it would answer some of my questions.
This book explores the exploitation of the then “Congo Free State” by King Leopold II of Belgium (between 1885 and 1908). It delves into the private life of Leopold and how he run an entire nation from the backyard of his palace. He never set foot in Africa once (purportedly – thanks to germaphobia).
Leopold and his contemporaries used slaves to grow rubber and hunt ivory which was shipped directly to Antwerp. The slaves were ill-handled (mutilated or even murdered) in the process; possibly what raised eyebrows and was one of the reasons for the abolition of slave trade.
Adam’s cast of characters both villainous and heroic put together a piece of writing that keeps you glued as the enfolding stories are both enchanting and gut-wrenching. This book was one of the biggest eye-openers for me into the madness that was colonialism.
It is a book I will read again and again!

A gift from my amazing friend Trent Fuenmayor (love you Trent); Americanah revamped and rekindled my love from African writers like never before. I had last read African literature in high school. Chimamanda rekindled this flame with this beautiful masterpiece. I have read a couple more of her writings but Americanah scored a home run for me.
Americanah tells the story of a young Nigerian couple (Ifemelu and Obinze) that fall in love and have plans to be together after school but due to military dictatorship and unrest in Nigeria with people leaving the country; they also decide to leave for “better life” in the West. Ifemelu leaves first and has a difficult start in America and eventually becomes a successful writer. She goes through the notion of being “black” in America; something she would never have fathomed while growing up in Nigeria. She weathers this storm and learns the hard lessons while struggling to thrive in the US. Obinze meanwhile, falls into an “undocumented life” in the UK and the two love birds lose connection. Obinze eventually returns to Nigeria and is a successful wealthy businessman. When Ifelemu also returns to Nigeria, the two come face to face each with their baggage from their pasts lives and are forced to make a hard decision.
As someone that lived and experienced life in Europe, I could identify with some of Ifelemu’s experiences especially with race. It is very hard for Africans that have not lived abroad to fathom the aspects around racial prejudice and this book attempts to shed some light using identifiable characters.

Moving forward and after I have completed reading 24 books this year (thanks to my ongoing Harvest Institute Leadership course prerequisites); my reading focus will be mostly on African and Ugandan writers. My next reads include:
1. Knights in Kampala by Patricia K. Rutiba (started but haven’t completed reading this one)

2. Manchester Happened by Jennifer Nsubuga Makumbi (loved her book “Kintu” and the way it delves deep into the Buganda culture; fictitiously)

3. New Daughters of Africa Edited by Margaret Busby – A Beautiful present I received from Mr. Robert Kabushenga for my reading challenge. I cannot wait to indulge in this one as it is an international anthology of writings by women of African descent and has some Ugandan female writers.

Ladies and Gentlemen – Meet My Ride 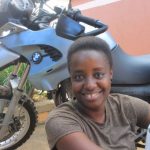 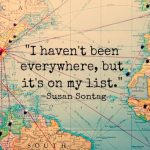 My Top 5 Dream Destinations Around The World 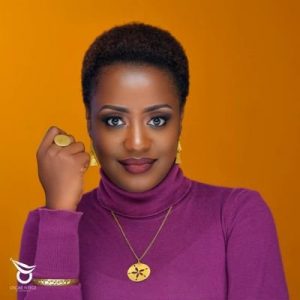 I am proudly Ugandan; a practising Christian; a friend of God; a life enthusiast; A go-getter; a non-settler; dependable; a quick learner; sometimes adrenaline driven; an animal lover; a health advocate; a bookie; a photographer-in-the-baking and recently a biker girl!!
You can call me AK :-)

I am GOD's RUBY - The Apple of HIS Eye

When an adorable soul has both beauty and brains,

My sugar plum rocked her scientific wedding like a

Yes You... You've Got This!!! #NoteToSelf #MidYear

A toast (raise your glasses and cups); to all moth

LET'S RIDE AWAY!! Getting back up and right back o

Taking the road less travelled gives you the oppor


Error: API requests are being delayed. New posts will not be retrieved.

Error: API requests are being delayed for this account. New posts will not be retrieved.